From City Hall to Carrot Commons to libraries, TTC buildings and everywhere in between, Toronto hosts over 600 green roofs within the city.

“Green roofs help mitigate issues related to climate change because some of our main challenges are that we’re going to be dealing with greater heat-related concerns, urban heat island, more intense heat waves, was well as issues related to urban flooding due to more intense rainfalls,” says Shayna Stott, the environmental city planner for the City of Toronto.

This is largely thanks to a bylaw introduced in 2009 that set out requirements for new developers to cover 20 to 60 percent of roof space in vegetation.

While they’re aesthetically pleasing and have plenty of social benefits, they can also help mitigate the effects of climate change we’re experiencing today and will likely continue to experience in the future.

Here are 5 ways they do just that.

During periods of heavy rainfall, which become more intense as the rate of climate change increases, a city’s stormwater management infrastructure can be placed under more stress than it’s built for.

Green roofs help to relieve this pressure by collecting rainfall. The water moves through the plants and evaporates back into the atmosphere. The water that isn’t evaporated will still run off, but at a slower pace than a conventional roof. This lowers groundwater levels and reduces stress on sewage systems during peak flow periods, which in turn helps to mitigate flood risks.

Additionally, the water that runs off is filtered through the plants and is cleaner. 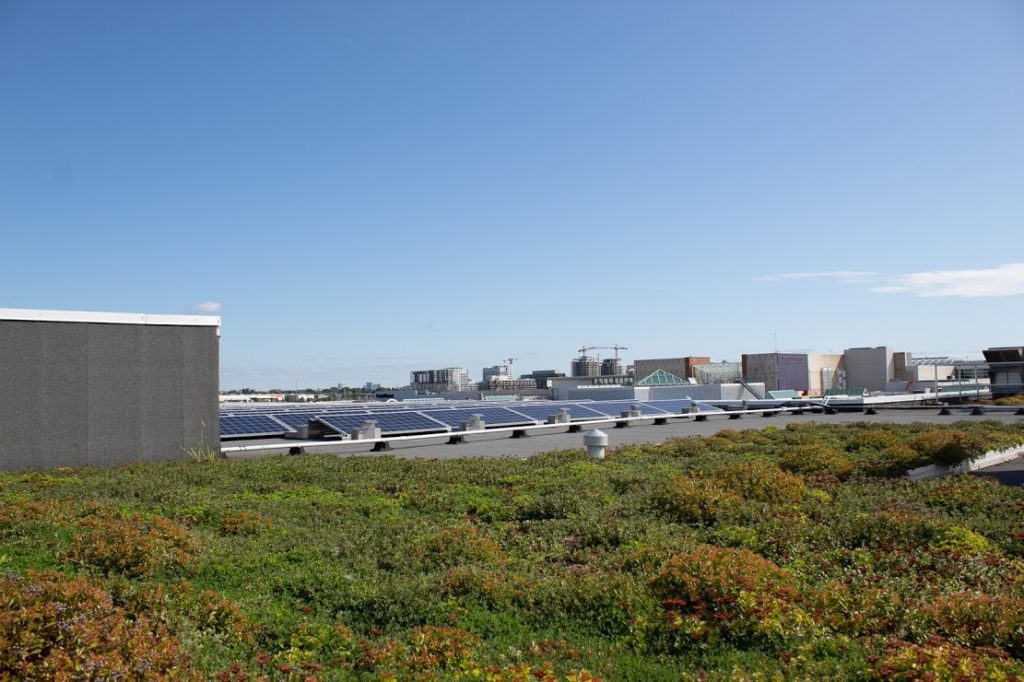 It’s no secret that plants are beneficial to air quality by absorbing carbon dioxide and releasing oxygen. This is why it’s not surprising that air is purified around green roofs, as the plants capture pollutants and filter out gases. Plant leaves can also trap dust and smog found within urban air.

The urban heat island effect happens when city temperatures are warmer than nearby rural areas. Urban infrastructure and reduced vegetation within cities create a hotter climate, which only worsens as we experience more frequent heat waves.

Excessive heat typically builds in cities because there is so much concrete that absorbs it. Providing a green space instead of concrete allows the plants to absorb sunlight that would otherwise be converted into heat energy as well as cool their surroundings through their evaporation cycle. As summers get hotter, green roofs can cool urban areas. 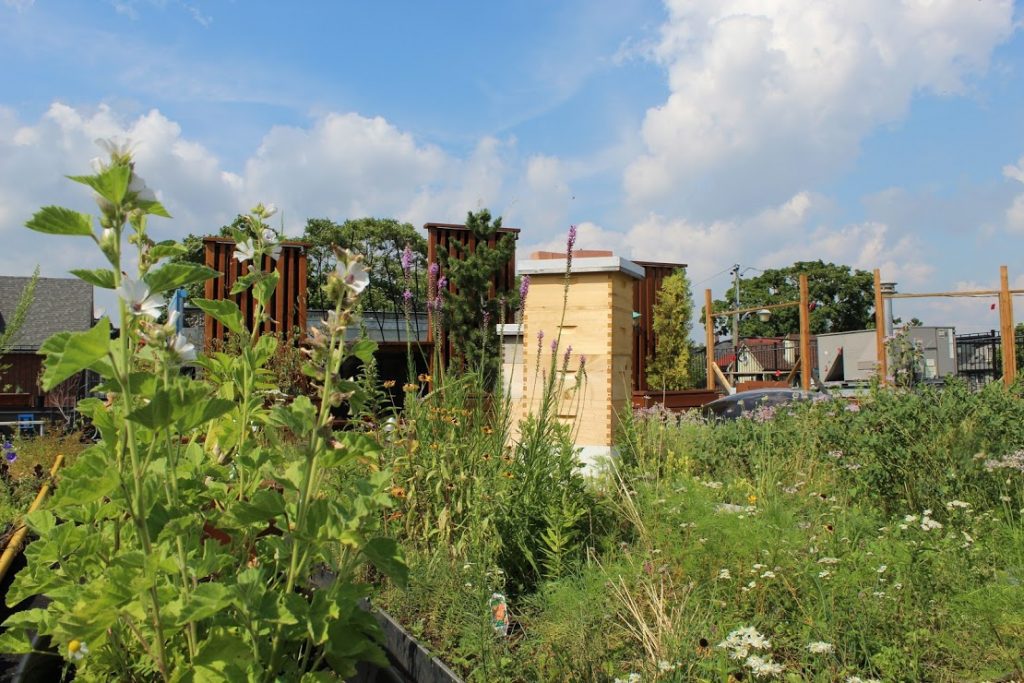 Green roofs reduce heat fluctuations through the roof, leading to decreased energy demands. Because green roofs cool the air around them, this means the air conditioning doesn’t need to work as hard to keep buildings cooler, which in turn saves energy and energy costs.

If a green roof is accompanied by solar panels, the panels are more efficient, also saving on energy costs. Conventional roofs gain heat in the summer months and lose it in the winter, and green roofs help to reverse that by protecting the building from solar heat in the summer and insulating it in the winter. This also helps reduce greenhouse gas emissions from heating and cooling buildings, which accounts for half of greenhouse gas emissions in major urban areas,

Whether the roof features sedums, herbs, grasses or host plants, these can promote bird, butterfly and insect habitats. They can act as a connecting point for migrating birds and other species that may be fragmented otherwise. Furthermore, specific plants can be grown to support pollinator species.

This is particularly important within an urban environment that tends to experience decreased rates of biodiversity. 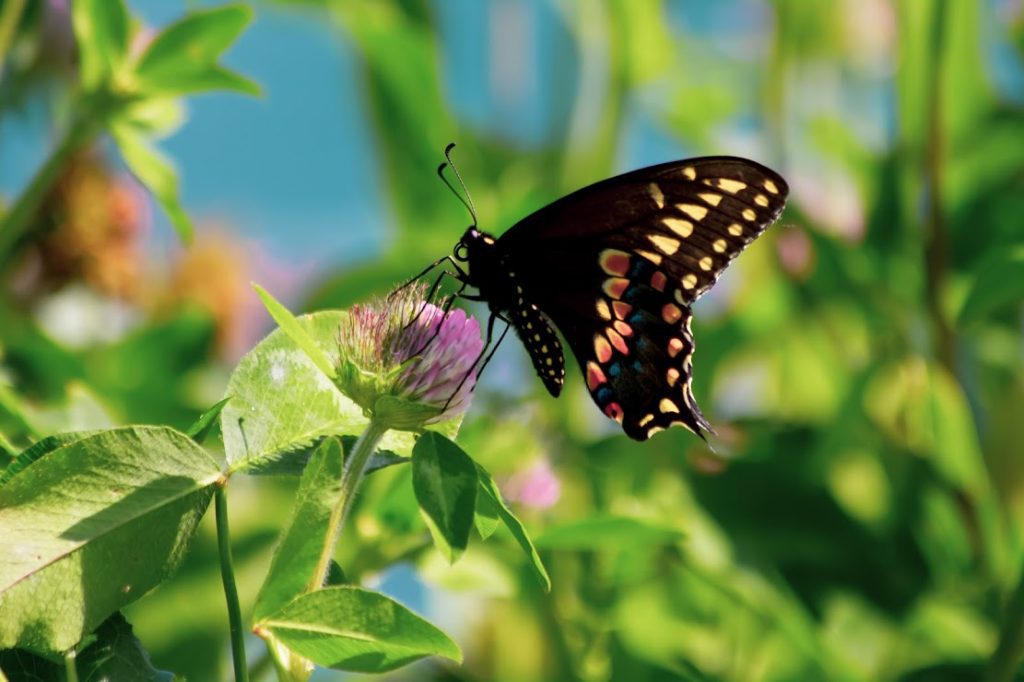 If you wish to add a green roof to your building, voluntarily or as required by the Green Roof Bylaw, it must conform to Toronto Green Roof Construction Standard. To find out more information about best practices in green roof building and design, including how to enhance and support biodiversity, email sustainablecity@toronto.ca. 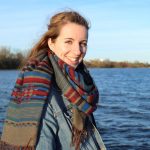 Syerra Turry is a student at Fleming College’s Environmental Communications Program. She was an intern at Environmental Defence and took all of the photos used in this blog.