How do we make protecting the environment a fundamental Canadian value?

Most of us have recently come across information highlighting the need for Canada and the World to take the urgency to act on climate change seriously. The dire consequences of rising global temperatures are being seen firsthand by many communities around the world and in Canada. Recently its impacts on food supply have made local headlines.

It’s been almost a year since the IPCC report sounded the alarm on the catastrophic consequences that humanity will face if carbon pollution is left unchecked. Yet I still find myself bombarded by the endless partisan rhetoric in the news from all sides questioning the need for government action, debating the burden that certain policies will add to Canadians, the need to take measured steps in mitigating this threat instead of bold ones. Of course it is an election year!

This will need to stop if we want a strong climate plan leading to a safer future. But can it be done? Can we as a nation prioritize the interest of the many to that of the few?

We have done it before: universal healthcare is a Canadian success story. I don’t think it would be inaccurate to state that Canadians agree that people from all socio-economic status deserve access to medical care. Starting with a visionary leader, Tommy Douglas, Saskatchewan created a provincial medical insurance plan in 1962. This was the start of what led to a national plan meeting the basic healthcare needs of all Canadians. Provinces working together with the federal government to ensure all Canadians have access to basic healthcare has been working for decades. Although some types of industries such as the medical insurance industry were negatively impacted, the positive impact on citizens far outweighed the loss of potential revenue for that industry.

Elected officials from different parties across the political spectrum, echoing the needs of their constituents, advocated for universal healthcare. The final outcome of all the initiatives from 1962 to 1968 led to the universal healthcare that is currently in place.

We know it is not perfect, but it is a great start. No party today can suggest rolling back every Canadians right to free healthcare. Different governments can suggest and implement improvements to the process or find efficiencies – but doing away with this right is not an option.

Similarly, is it unacceptable to roll back environmental protections – putting the interests of the few ahead of the many in a time where we are facing an emergency, a climate emergency. There is ample scientific evidence about the consequences of our growing dependence on fossil fuels and other polluting industries on our communities, our health and the future of our kids. The fighting between different parties and different levels of government on various policies such as carbon pricing, methane regulations, and fuel standards is constant.

We need to get to a point to where this conversation is elevated to that of values.  I do not underestimate that some will be affected as we transition from high polluting industries to low polluting ones – governments at all levels should play a substantive role in planning a transition to new industries that leaves no Canadian behind.  If we act now, with intention and care, Canada will benefit.

We have every indication that the clean energy sector in Canada is growing. A report by Clean Energy Canada clearly shows that this sector is growing at a much faster pace than the Canadian economy including the fossil fuel industry. The 4.8% a year growth between 2010 and 2017 is higher than that of the overall Canadian economy which grew at a rate of 3.6% a year. The number of clean energy jobs also grew at a higher rate than the national rate. Yet, Canada is still hesitant in pushing forward with policies that will accelerate this transition.

2019 is a critical year for Canada to make a bold stand and commit to leading by example. 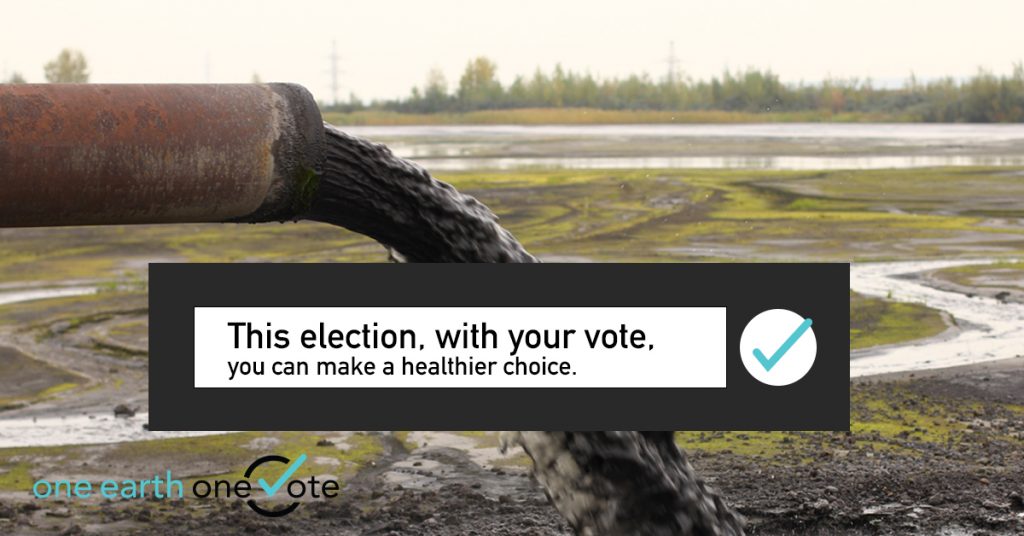 We have for a long time reaped the benefits of being a resource rich country. But there was a cost! The time is now to act, to move to less polluting industries with a vision and a plan that protects all Canadians and fulfills our international obligation to keep global emissions below catastrophic levels.

It is time to set aside our political differences and the interests of giant industries and do the right thing. Collectively we can speak up and ask all candidates to commit to the values that matter to us most.  We have an opportunity to re-imagine our communities, businesses and leadership in ways that address the interconnected issues of climate change, Indigenous rights, ecosystem loss, equity, affordability and environmental justice. What we are missing is the political will. Let’s make sure no party or candidate running for office can get elected without a genuine commitment to these values.