If you’ve ever tried to refinish an old piece of furniture or your bathtub, you probably know how handy it is to use a paint stripper to help you get the job done. But what you may not know is that most paint strippers available on store shelves in Canada contain very harmful chemicals.

In April 2017, 21-year old Kevin Hartley died while refinishing a bathtub in an apartment in Nashville. Not very long after getting started, the fumes of the paint stripper he was using caused his heart to fail. While doctors managed to get his heart beating again, it was too late –  Kevin’s brain had been starved of oxygen and couldn’t recover.

The chemical that killed Kevin is known as methylene chloride (or dichloromethane). It’s added in very high concentrations to conventional paint strippers available on store shelves. 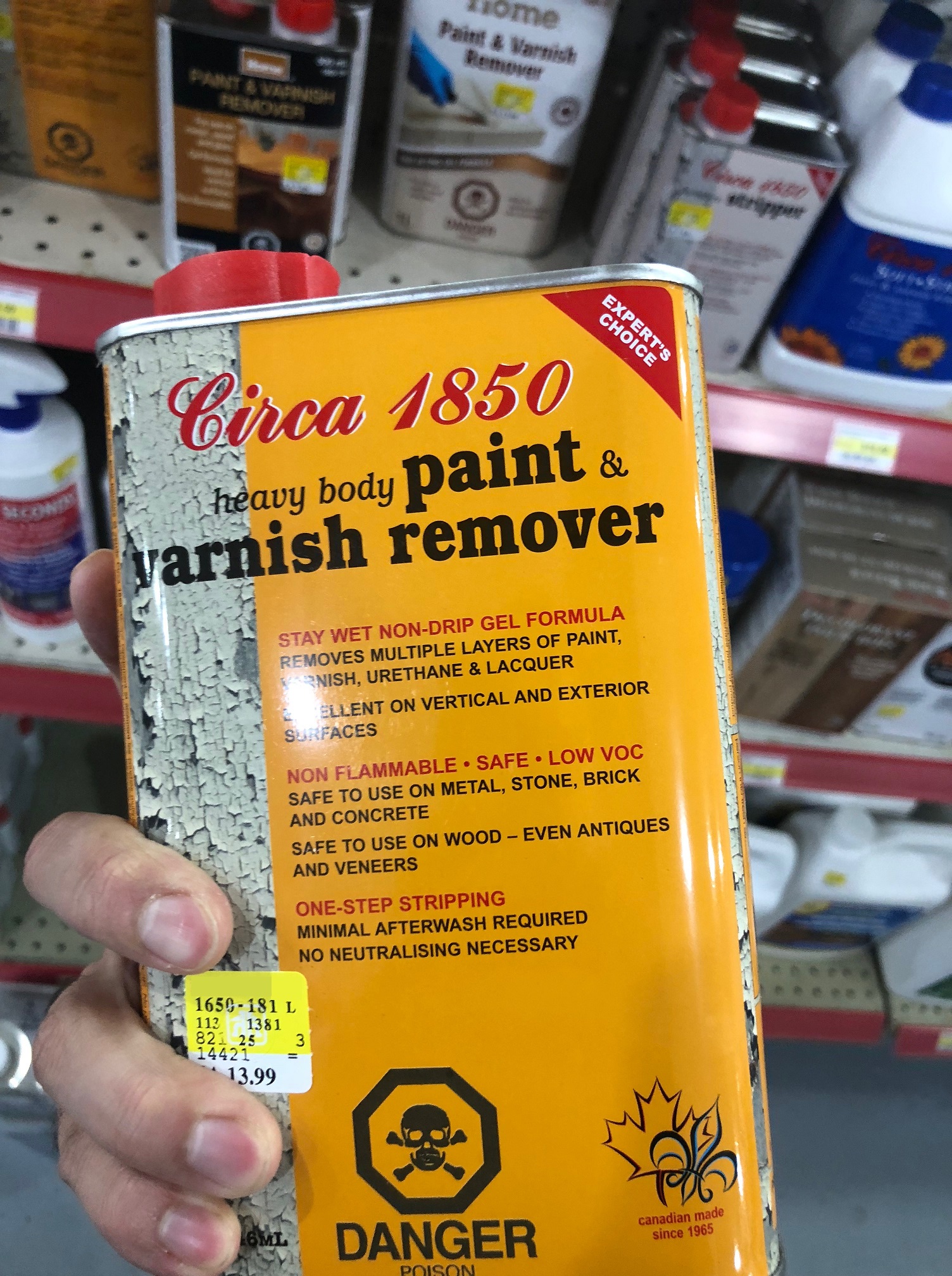 Because of its high volatility and vapour pressure, methylene chloride can quickly and inconspicuously displace oxygen in the air. Its concentration in poorly ventilated rooms such as bathrooms can quickly surpass safe levels of exposure. In the human body, the chemical turns into carbon monoxide and can affect brain function and cause dizziness. High levels of exposure can even cause suffocation, coma and sudden death.

Other conventional paint strippers may contain a toxic chemical known as NMP (N-Methyl-2-pyrrolidone), a chemical that’s been found to be toxic to the liver and kidney, and to cause miscarriage and stillbirth.

Should consumers be worried about paint stripper products?

The U.S. Environmental Protection Agency estimates that every year around 11,300 pregnant women face greater risk of fetal death from exposure to NMP not only through paint strippers but also glue used for eyelashes and nails, food packaging materials and plastics.

Retailer leadership in the absence of government action

Environmental Defence partnered with the U.S.-based Safer Chemicals Healthy Families and the National Resources Defense Council to send letters to leading retailers and launch public actions urging them to stop selling paint strippers containing these chemicals. This May, Lowe’s (owner of RONA) was the first retailer to take action with a commitment to remove these products from their stores by January 2019. Since then, a flurry of similar commitments from ten major retailers across North America including Home Depot, Walmart, Canadian Tire, Dulux Paints and Home Hardware were made. Public concern around toxic paint strippers also accelerated the development of a non-toxic and equally effective alternative chemical that’ll be brought into market in early 2019.

TIP: Need a paint stripper but not sure which one to buy? Download a list of safer alternatives here.

Why are these chemicals allowed to be used in the first place?

Methylene chloride has been on the list of toxic substances under Canadian law for over two decades. Rather than banning the chemical, the federal government opted for writing a voluntary guideline on how to reduce the risk associated with using paint strippers containing this chemical in the workplace.

As for NMP, the federal government recently assessed its risks but surprisingly concluded that it doesn’t pose a risk to Canadians. NMP has been banned in consumer products in Europe and is currently on the list of top ten chemicals of concern to assess in the U.S. The Canadian government is currently reviewing recent data on NMP and considering whether it should change its conclusion.

While governments are ultimately responsible to protect people from toxics, government action can be slow. That’s why retailers have a major responsibility to respond to scientific and consumer concerns and replace harmful chemicals with safer ones.