Is the Earth doomed? Not unless we let it – Responses to the Anthropocene

Have you heard about the ‘Anthropocene’?   It’s basically the idea that the Earth has been changed so completely and irreversibly by human activities that it has entered a whole new geological era. Artifacts of our civilization will form a noticeable layer in the rocks being formed today and be visible millions of years from now.

It is also the subject of an astonishing and compelling new documentary film by  Edward Burtynsky, Jennifer Baichwal and Nicholas de Pencier, as well as an interactive exhibit at the AGO (on until January 6th, 2019).  I was lucky enough to be invited to join the AGO team to participate in their Anthropocene podcast series.  I spoke to host Sarain Fox about what we as individuals and a society can do to help build a better future for our planet and ourselves. 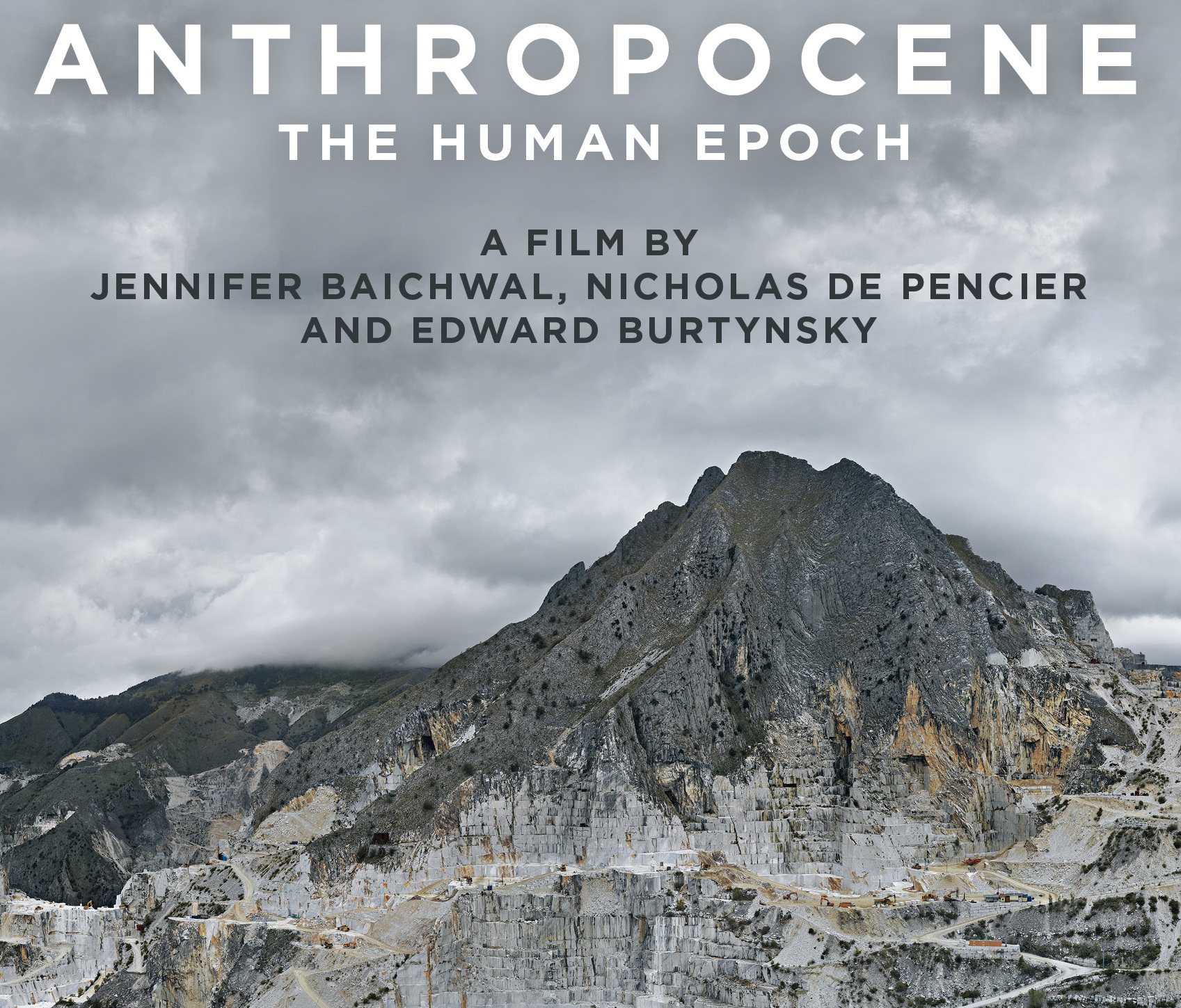 You can listen to the podcast here (I am featured in Episode 7), but I’ve also shared here my top three things you can do to help build a good Anthropocene:

Human-induced climate change is one of the key markers of this new Anthropocene era.  But what can we do about it?

Well there are hundreds of ways that we as individuals can reduce our carbon footprints. From driving less and not being a frequent flier, to eating less meat or buying local food, to just buying less, period, there’s plenty we could be doing.  Check out this blog for our top eleven ways to fight climate change at home!

More important though are the choices that we as a society need to make. It’s all very well for one person to choose to drive cleaner with an electric car, but if the power station generating that electricity is still burning coal, we’re getting ahead less than if the power is from wind or solar.  The world slowly seems to be catching on to this message and we’re seeing some progress. For example, Ontario closed its last coal powered plant in 2014, and Canada is planning to phase out coal power by 2030. And across Canada and globally, renewable power is getting cheaper every year.

We need governments to commit to policies that support the transition away from fossil fuels. This includes investing in more public transit, increasing the supply of renewable energy and offering support to make homes and businesses more energy efficient.  Government action can help each of us make more low-carbon choices by making each choice easier and more cost saving.

The Earth is filling up with ‘technofossils’ – stuff created by humans, which ends up in the planet’s lakes, rivers and ocean bottoms, and stays there.  One of the most visible, and most problematic, is plastic.

60 per cent of all the plastic ever created is still here, sitting in landfills or the environment. That’s enough to bury Manhattan 5km deep in plastic waste.

The good news is that we’re starting to realise where we went wrong, and a global movement is growing to deal with this trash.  Individually, we can do more – reject single-use plastics, focus on reducing, reusing, and as a last resort, recycling your plastic waste. Check out this blog for five things you can do to go plastic free.

But we also have a collective responsibility.  We need to demand more action from governments and industries, who have the power to make these changes at a much higher level than any single one of us can.  Right now, for example, Canada has no national plan for reducing plastic pollution, and as a result only 11 per cent of our plastic gets recycled each year. If you think that should change, sign our petition to ask the federal government for a comprehensive plastics strategy.

Something that came up a few times in my conversation with Sarain, but definitely bears repeating, is the idea of engaging in the political process.   Our role in our democracies doesn’t end with a single vote.  Your MP or MPP actually wants to know what matters to their constituents, and by letting them know when we don’t agree with a government policy – or, just as importantly, when we do – we have a real opportunity to influence the conversation.

So call your MP, sign a petition, or donate to an environmental organization who is speaking up on your behalf! It all makes a difference.

Overall the message of the series was that clearly humans have a lot of power. We’ve proved we have the ability to change the face of the planet. Now we need to focus on changing it for the better, on an individual level, but more importantly, as nations and communities.  We’ve been leaving pretty heavy footprints so far; it’s time we learned to tread a little lighter.

Listen to the Anthropocene podcast here, or download on iTunes or Google play.