There’s no single solution to plastic pollution. We need to do a better job of capturing plastic waste, and recycling it back into new high-value goods. We need to prioritize reuse and repair. But we also need to reduce unnecessary plastic use. And that should include banning Styrofoam. 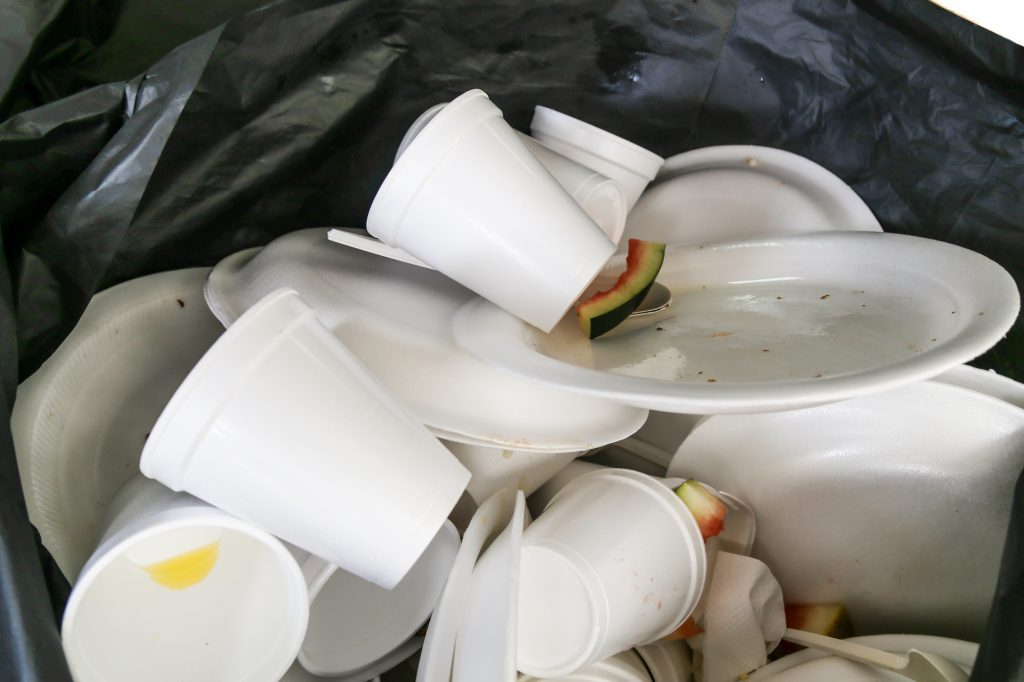 In Canada, 63 per cent of plastic waste is made up of single-use plastics and packaging. And the majority of it ends up in landfills, incinerators or the environment. We need to bring an end to our throw away culture. And if we’re looking to kick some plastics to the curb, polystyrene – commonly known as Styrofoam – is a good place to start. Why? Because Styrofoam is toxic, hard to recycle, and unnecessary.

While technically the answer is “yes”, in reality, it’s rarely recycled. Styrofoam is only actually recyclable if it is clean, un-dyed, and uncontaminated. But because Styrofoam often holds food, it seldom meets those conditions. And even if it is clean when it goes into your Blue Box, it might not be clean when it comes out. Bumping up against other dirty containers and materials can leave Styrofoam contaminated and unsuitable for recycling. Plus, if it’s been dyed, like the black food trays they use to package meat, it’s a no-go from the start.

How much is actually recycled?

Despite regulations across Canada encouraging the collection and recycling of Styrofoam, 80 per cent of it ends up in Canada’s landfills and environment. That works out to the equivalent of 208 Olympic-sized swimming pools of styro-waste every year. That’s a lot of avoidable waste.

In Canada, 80 per cent of Styrofoam ends up in landfills or the environment.

Is it true that Styrofoam contains toxic chemicals?

Yes. Styrene is the building block for Styrofoam, and the International Agency for Research on Cancer (IARC) lists styrene as a “probable carcinogen to humans”. That is the same grade given to human papillomavirus (HPV), which has been linked to cervical cancer.

And if that wasn’t bad enough, Styrofoam is commonly contaminated with flame-retardant chemicals that can leach into the environment and harm human health.

If we ban Styrofoam, how am I going to ship fragile items safely?

There are alternatives to Styrofoam, including foam products made from mushrooms and corn. These alternatives are fully compostable, so they aren’t as problematic if they end up in the environment.

Why Styrofoam and not straws or bags?

Earlier this year we released our Towards a Zero Plastic Waste Canada declaration – a sort of roadmap to a plastic free environment – where we called on Canada to eliminate plastic waste by 2025. One of our proposed steps is for the government to ban plastics that are hard to recycle or contain harmful chemicals.

Styrofoam is hard to recycle and is made from (and often contaminated with) cancer-causing chemicals. Banning it should be a no-brainer.

At the same time we called for Canada to also introduce a whole host of other vital changes, including things like minimum recycling targets, overall waste reduction, and minimum recycled content targets for new products. 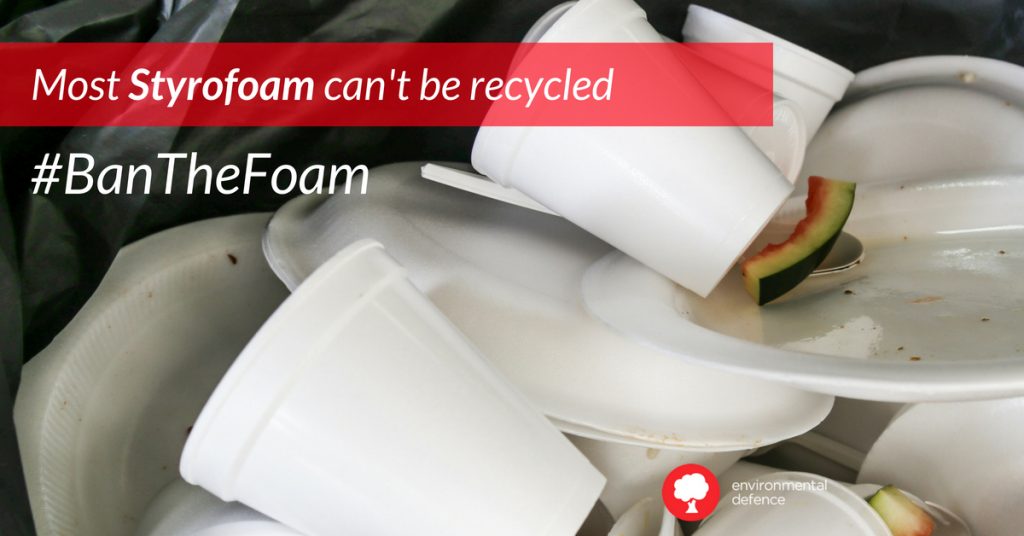 Banning Styrofoam is just one piece of the puzzle. If you want to learn more about other actions Canada should take to fight plastic pollution, check out our website.