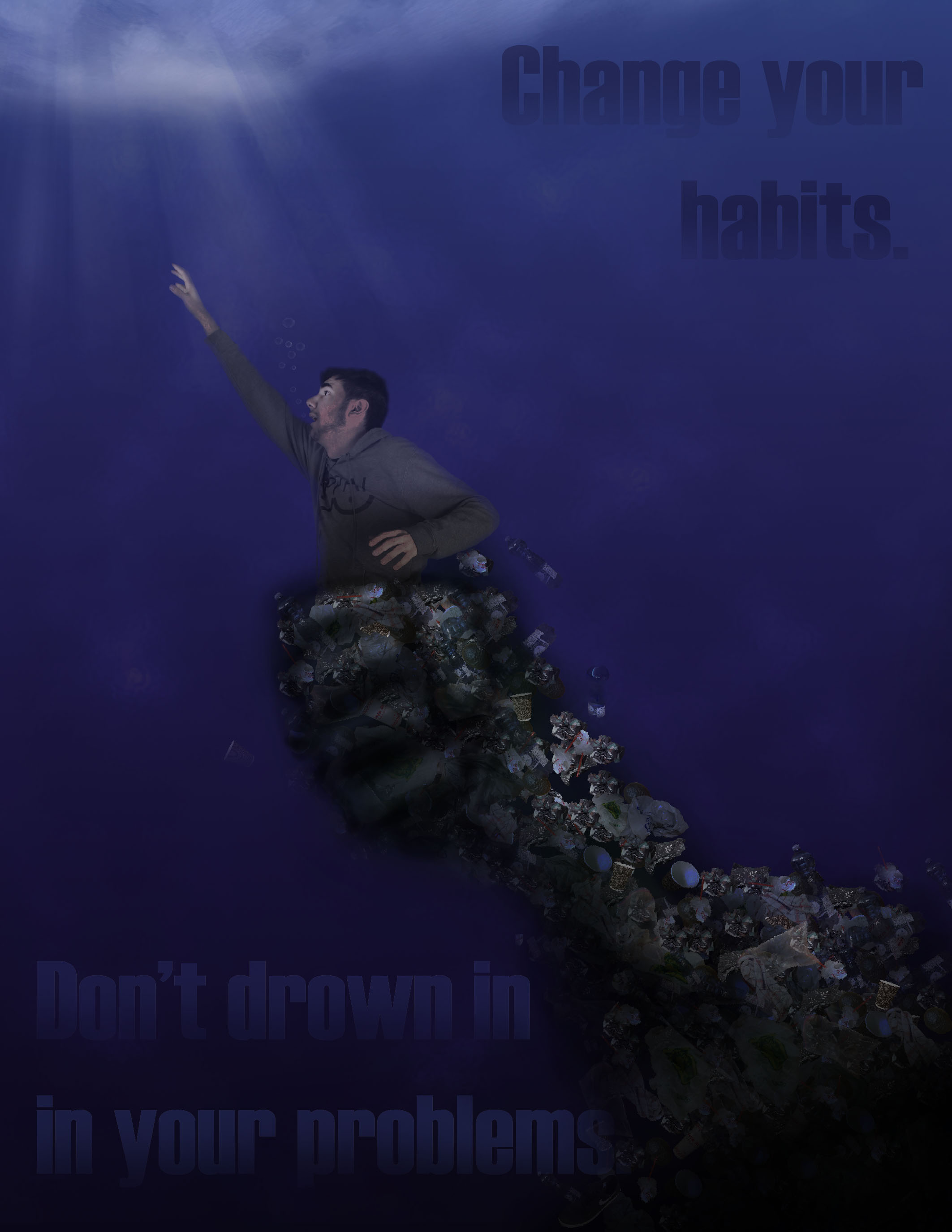 Change your habits, Don’t drown in your problems.

Instead of preventing plastic pollution by banning single use plastics as a whole, I have decided to spread awareness of a separate problem causing plastic pollution. It is possible to continue using plastics without having such a devastating impact on the environment This is because plastics are not single handedly responsible for creating the problems which are destroying various environments and aquatic ecosystems. The problem roots from humans habits of littering and failing to recycle. Most people have the belief that plastic pollution impacts sea life exclusively, but they neglect the fact that the problems sea life face have a direct affect on humans. An ad that depicts a life threatening problem for sea creatures may not strike interest in all humans due to their selfishness. But when they realize that they themselves can be impacted by this problem, they feel pressured to make a change. Even if it is only with the intention to benefit themselves.