Your news feed over the last week may have been filled with headlines about KXL receiving approval from the Nebraska Public Service Commission (PSC), clearing the pipeline’s final regulatory hurdle and paving the way for construction.

TransCanada’s proposed route through Nebraska as we’ve known it for the last nine years was actually unanimously rejected by the PSC last week. Instead, the PSC approved by a narrow margin an alternative KXL route through the state—the “Mainline Alternative”—a route that TransCanada never applied for and that never received proper assessments.

Here’s what the PSC decision really means for KXL: 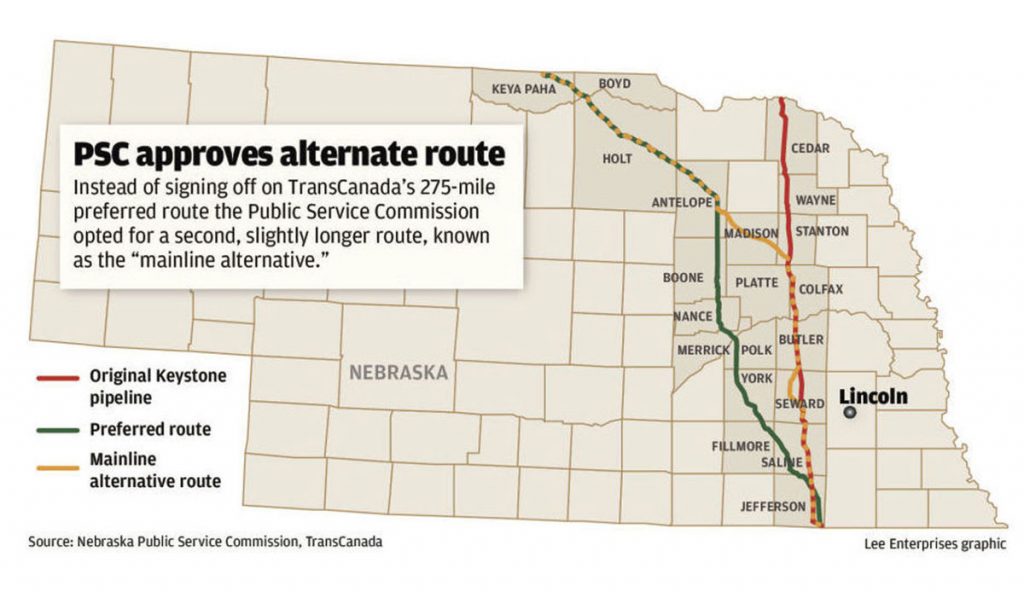 Considering the obstacle course of regulatory hurdles and legal challenges that the PSC just laid out for KXL, it’s not hard to see why TransCanada is not celebrating the Nebraska “approval”. TransCanada’s response to the PSC decision was notably muted and eerily similar to the company’s public statements in the months before it pulled the plug on Energy East. It’s also not hard to see why TransCanada’s stock barely budged after the news from Nebraska.

If I were a TransCanada shareholder, tar sands producer, or pipeline financier, I would certainly be nervous about the prospects for KXL. That may be why TransCanada executives wouldn’t commit to making a final investment decision on KXL at this week’s investors’ meeting, why the company is having trouble locking in tar sands shippers to fill the pipe, and why Moody’s Investors Service cast doubt on the project.

Even if the economic case for KXL brightens and it successfully navigates the minefield of regulatory and legal challenges, it still faces an unwavering coalition of landowners, farmers, ranchers, environmentalists and Native Americans determined to stop the project. Just last week, dozens of organizations and thousands of individuals signed the “Promise to Protect” – a commitment to peacefully resist the pipeline should construction proceed. And TransCanada is not doing itself any favours by spilling 800,000 litres of crude oil from its currently-operating Keystone I pipeline in South Dakota just days before the Nebraska decision.

The Nebraska PSC “approval” of Keystone XL is anything but. The pipeline faces years of delay and resistance in the courts, in regulatory hearings, and from grassroots opposition. The economics of Keystone XL are on thin ice, and last week’s decision only increases the risk.

Amidst the fallout of the Nebraska decision, is it only a matter of time before KXL follows in the footsteps of Energy East and gets abandoned by TransCanada?