NEB will consider carbon pollution in its review of Energy East

Apparently you can teach an old dog new tricks.

Yesterday, the National Energy Board (NEB) finally listened to Canadians and ruled that it will take into account climate pollution in its review of Energy East. This is the first time that the NEB has agreed to consider greenhouse gas (GHG) emissions in the review of a crude oil pipeline. 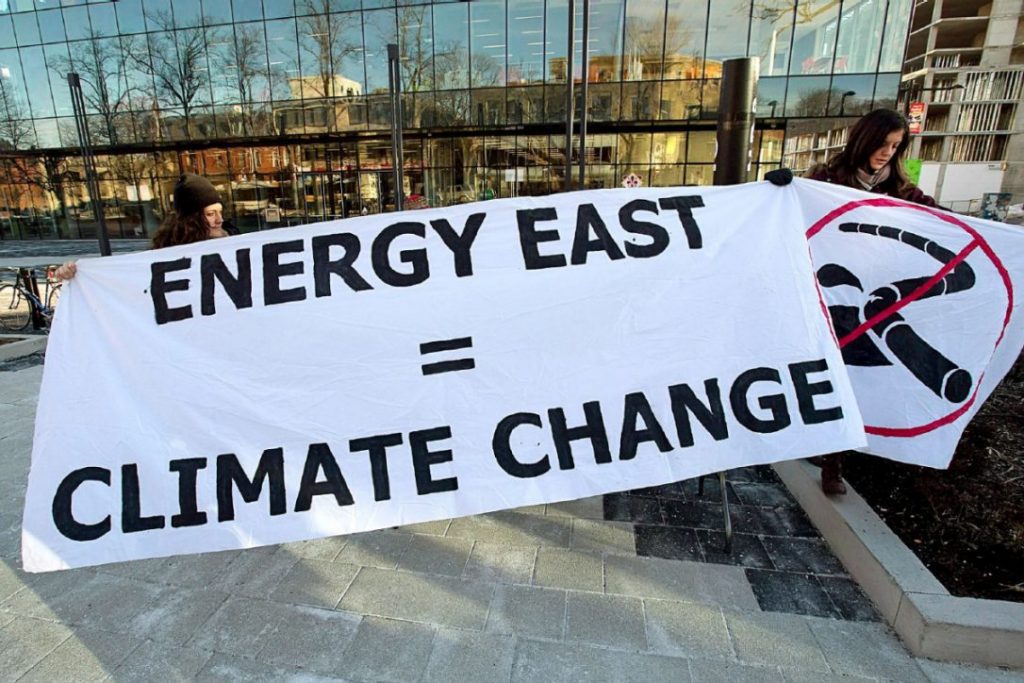 This is a win for the climate and a rejection for TransCanada, the company behind the pipeline, which pushed the NEB to exclude climate considerations from the review.

In the NEB’s decision on which issues will be included when it reviews the proposed Energy East pipeline, the panel announced it will consider the additional upstream and downstream GHG emissions the pipeline will cause, to help determine whether Energy East is in the public interest.

This means that the NEB will study not only the GHGs emitted during Energy East’s construction and operation, but the GHG emissions from all the oil that would be extracted, refined and transported (upstream), and eventually burned (downstream), because of the pipeline. Preliminary estimates suggest that Energy East would enable upstream GHG emissions of 30 to 32 MT annually and downstream emissions of 265 MT annually, which is the equivalent of operating 68 coal plants.

The NEB also ruled that it would consider how laws and policies to reduce GHGs impact the need for the pipeline. This means the NEB will need to assess how Energy East fits with Canada’s targets to reduce GHG emissions, the pan-Canadian climate framework, and the Alberta Oil Sands Emissions Cap, along with other provincial and federal climate policies. The onus will also be on TransCanada to demonstrate why a 1.1 million barrel per day pipeline is needed in a carbon-constrained future.

These new climate considerations required by the Energy East review represent the outline of a climate test that Environmental Defence has been asking for.

In addition to climate impacts, the NEB has taken a big step forward by widening the scope of the Energy East review to expand the definition of “public interest”, pay greater attention to municipal and community interests, raise the bar for respecting Indigenous rights, and demand more information about the effects of increased marine traffic from Energy East tankers.

Things just got a lot more difficult for TransCanada. If the NEB objectively assesses Energy East using this expanded scope, it’s difficult to see how the federal government can possibly approve this pipeline.

However, the Energy East review is still operating under the broken environmental-decision making process of the previous government. Energy East will be the last crude oil pipeline to move forward using an outdated NEB process.

That’s why we’ll continue to call for the postponement of the Energy East review until the NEB is overhauled and environmental law reform is complete. Until these reforms are completed, there is no legal basis to align major energy projects with Canada’s climate targets, and the NEB’s consideration of GHGs from Energy East might not be enough to reject the pipeline on climate grounds.

In the meantime, let’s take a moment to celebrate. After years of hard work, the broken and discredited NEB is finally listening to Canadians. For the first time, an NEB review panel will be considering the broad climate impacts of a tar sands pipeline.

It just got harder for the federal government to approve Energy East.