Suncor, the largest tar sands producer in the country, is lobbying the Ontario government on fossil fuel subsidies, even as it continues to rake in hundreds of millions of dollars in profits. 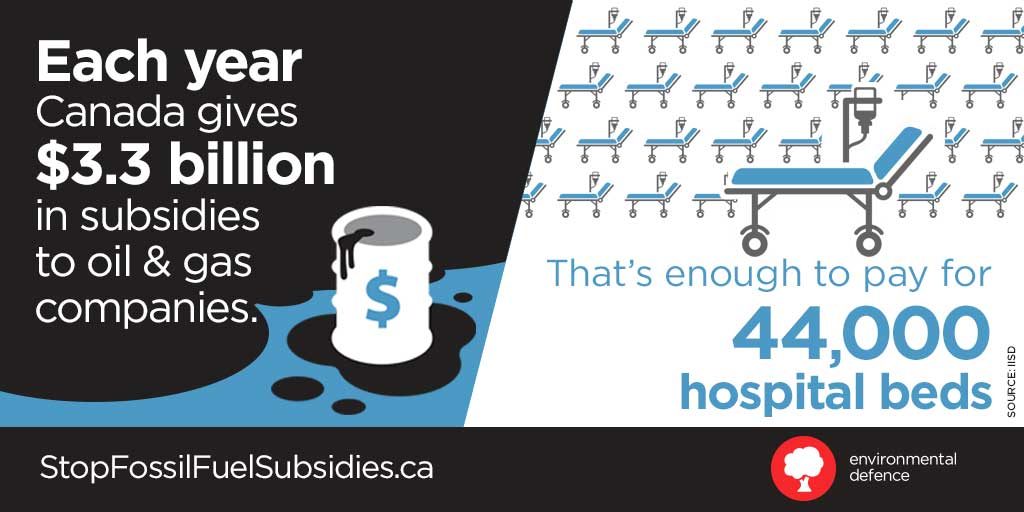 It’s all right there in black and white, on the Ontario Lobbyist Registry: lobbyists from Suncor have been hard at work meeting with Ontario Cabinet Ministers for the last year. Their registration includes an apparent attempt to influence the government’s position on fossil fuel subsidies, including what a ban on the subsidies might look like.

Each year, Canada – both the federal government and the provinces – hand out $3.3 billion in annual subsidies to the fossil fuel industry. These subsidies undermine climate action and encourage more pollution. They act as a negative price on carbon, rewarding the country’s largest greenhouse gas polluters. It’s like putting a tax on cigarettes to discourage smoking, while giving big tax breaks to tobacco companies to produce more cigarettes. This led Bloomberg Business to call fossil fuel subsidies the “world’s dumbest policy”.

According to the International Institute for Sustainable Development, Ontario provided fossil fuel subsidies to the tune of $628 million in 2016. Suncor itself reports that it received nearly $20 million in funding from the Ontario government in the previous fiscal year.

Canada has committed to getting rid of fossil fuel subsidies, but the progress is far too slow. In 2009, all G20 countries including Canada pledged to phase them out. This commitment was reaffirmed by Prime Minister Trudeau in June 2016. However, the 2017 federal budget cut fossil fuel subsidies by only $50 million per year, a tiny fraction of the annual total given to the polluting fossil fuel industry.

Suncor’s lobbying shows that the oil industry is paying close attention to Canada’s commitment to phase out fossil fuel subsidies. But these subsidies, especially to a massive tar sands producer like Suncor, can’t be justified in the face of the urgent need for climate action. The company produced a record amount of oil in the fourth quarter of 2016 and reported $435 million in net earnings in the most recent financial quarter.

The staying power of fossil fuel subsidies is evidence of the industry’s outsized influence on government decisions. The industry’s reach clearly extends to the Ontario government, as shown by Canada’s largest tar sands producer’s ongoing lobbying.

If Ontario and Canada are serious about climate action, it’s time to stand up to oil industry lobbyists and eliminate subsidies for polluters. Giant tar sands producers like Suncor should not be receiving government handouts.