What are those pink things floating in the Rideau River? 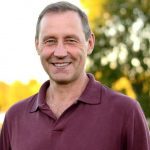 If you’ve recently visited the Baxter Conservation area or travelled along the Rideau River, you may have seen pink blocks of wood floating down the river. You may have wondered: What are those pink things in the Rideau? Who put them there? And why did they put them there? Here are some answers.

On June 5th – World Environment Day – 200 pink wood drift cards were released into the Rideau River at the crossing site for the proposed Energy East pipeline. The Energy East pipeline would be the largest pipeline ever built in North America, bringing tar sands oil over 4,600 km from Alberta to New Brunswick, and crossing nearly 3,000 waterways along its route, including the Rideau River. It will transport heavy oil, known as bitumen, which is difficult to clean up after it leaks into water.

Present at the release of the drift cards were representatives of groups that are very concerned about the Energy East pipeline’s risks and impacts on the Rideau River.  They included Environmental Defence, Ecology Ottawa, Sustainable North Grenville (SNG), and Ottawa Riverkeeper.  Interestingly, the Grade 9 Outdoor Experiential Education class from Kanata Montessori School were also there with support from Wilderness Tours and Water Rangers to assist with the drift cards release and to conduct water quality testing.  The event was well-covered by local media.

The weather was unusual at the time of the release, with winds blowing from the East.  The immediate effect was that most of the wood drift cards were blown upriver; some were even blown back to the very beach we launched from at Baxter Conservation Area.  At first, we were concerned that the drift cards were travelling upriver instead of downstream. Then we realized that the unusual weather was a good way to highlight how unpredictable Mother Nature is, and how the risks of a pipeline spill are probably more pervasive than most perceive.

In the two weeks following their release, only three cards were found and reported on the website tracking them: one on 7 June and two on the 9th.  All were on the beach at the Baxter Conservation Area.

Almost two weeks later – on the weekend of June 17 / 18 – members and friends of SNG undertook a recovery effort.  Sections of the river were scoured for drift cards starting over the two-day period: upriver on the West side of the Highway 416 bridge, then downriver past the Baxter Conservation Area for another three kilometres.

Downriver, most cards were found caught up in pools of floating biomass, washed up on banks by wave and boat wake action, and between large rocks or in aquatic vegetation.  Their pink colour was helpful for finding them, because many were covered in biomass “gunk” and only partially exposed.

Further downriver, many were found in inlets where drains empty into the river, where the flow was the slowest, and generally wherever the decomposing (and “smelly”) biomass was accumulating.  Sometimes the biomass – which was so thick that it was a struggle to move a kayak through it – had to be “stirred” to find the cards.

The section of the river we covered on the weekend is only partially developed with homes and cottages.  A couple landowners mentioned seeing cards, but none had picked cards up or reported them.

Although we almost certainly missed a few cards, the outcome of the weekend search leads us to believe that a reasonable number of the cards should have made it further downriver, beyond our search area where there are still many kilometers of largely undeveloped river bank.  If locals are interested in picking up where we left off, they can comb the banks of the Rideau from James Island Northward toward Manotick.

The drift card experiment has already demonstrated that oil spill products in the Rideau River will get into so many of the difficult to reach nooks and crannies of a vital watercourse.  We also learned that nature’s cooperation cannot be anticipated.  More ominously, drift cards do not weather and separate like diluted tar sands bitumen, where lighter toxic diluents evaporate into the atmosphere and the heavier bitumen sinks and becomes unrecoverable and a persistent poison to the ecosystem for many decades.

Still, the drift cards are proving valuable for the insights they give us about the nature of the Rideau River and its flow patterns.  Many thanks to Environmental Defence and partners for implementing this important initiative.

You can learn more about the drift cards project here