4 Real Facts About House Prices in the Greater Golden Horseshoe

Some in the development industry would like you to believe that we live in a post-truth world where facts no longer matter. But ‘alternative facts’ are not real facts, especially when it comes to the torrent of misinformation about the factors affecting house prices in the Greater Golden Horsehoe (GGH). We want to get the facts straight about housing costs in the GGH.

1. ‘Alternative Fact’: “In the Toronto area, the government created its own artificial barriers that are spiking prices.” Tim Hudak, CEO of Ontario Real Estate Assocation (OREA) in Toronto Sun on January 28, 2017

Real Fact: The real factors that are contributing most to rising house prices in the GGH are: low interest rates; demand for central locations; lack of housing options and lack of rental properties. Moreover, house prices began rising long before the Greenbelt and Growth Plan came into effect. And, Canadian cities that don’t have Greenbelts or Growth Plans have seen similar and even higher increases such as Calgary, Winnipeg and Montreal.

If the development industry is so concerned about “affordability” then why is the majority of suburban development in the form of huge homes selling at high prices? 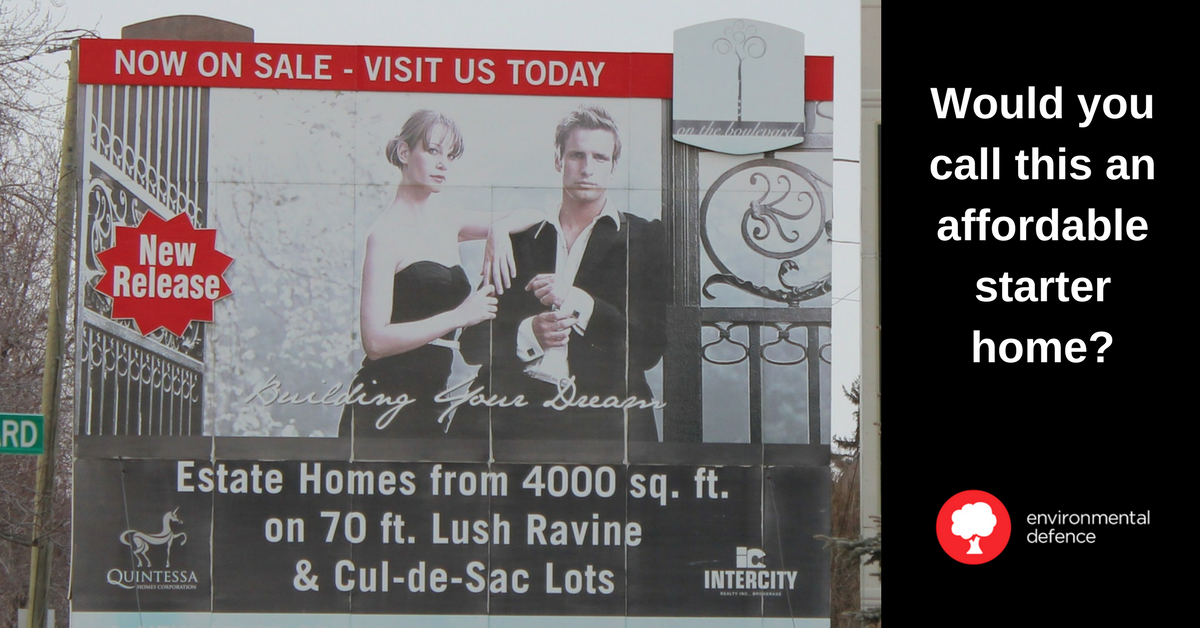 Real Fact: There is an abundance of land available for development within existing urban boundaries in the Greater Golden Horseshoe (GGH) for the next 20 years and beyond. In fact, according to research by the Neptis Foundation, land the size of 1.5 Toronto’s is already set aside to build new homes in the GGH. Ontario’s Growth Plan policies are being implemented to shift development patterns towards more compact communities instead of sprawl. This means that land consumption rates will slow, further extending the availability of land, so we don’t have to pave over farmland and sensitive natural areas

Some in the development community want to keep building 1950’s style sprawl with increasingly larger houses in far flung communities because it makes them richer. They are not telling the truth when it comes to available land supply. 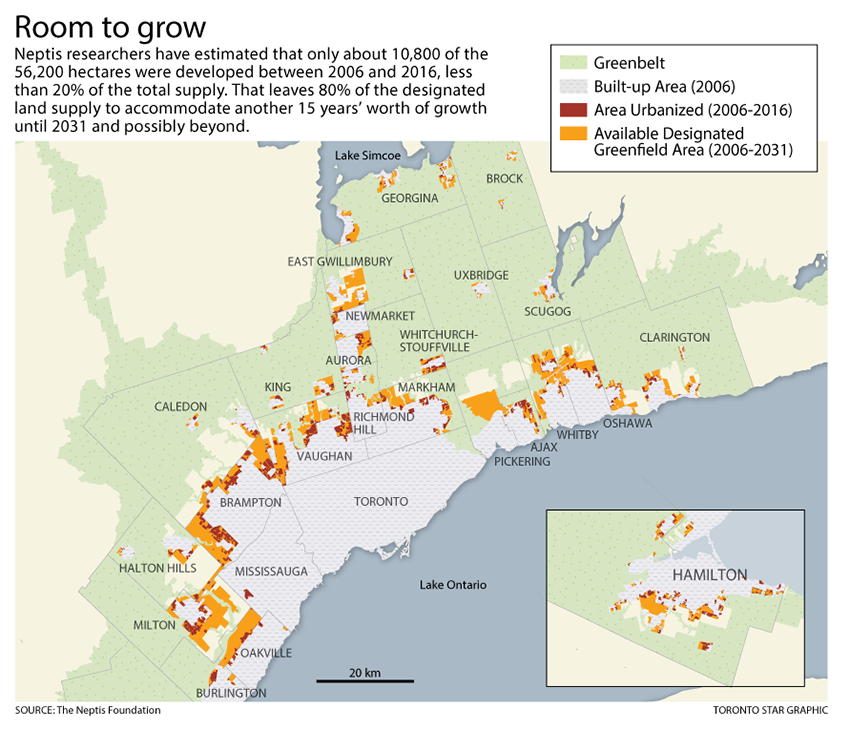 Real Fact: Ontario’s Growth Plan rethinks and reorients the province’s development patterns towards growth that uses land and resources more efficiently. It aims to deliver a greater mix of affordable housing in walkable, transit-oriented communities that are close to services, amenities and greenspace. And the plan responds to climate change and the need to create resilient communities in the face of new threats.

Some in the building industry want to continue their big house, big highway sprawl model, paving over prime farmland and sensitive ecosystems in far flung communities to increase their profits.

4. ‘Alternative Fact’: “The demand for single-family homes has not diminished over the past 10 years. We need to start talking about supply.” Brian Tuckey, CEO of BILD in Globe and Mail on January 30, 2017

Real Fact: New homebuyers want a diverse a mix of housing types that are more affordable, walkable and served by transit. In a study commissioned by RBC and the Pembina Institute, 81 per cent of GTA residents want to live in a neighbourhood with access to public transit, schools, shops and amenities, and 60 per cent of families with three children or more would trade a larger house in a car dependant location for walkability, rapid transit and a smaller home. Building more of this type of housing would lower the demand for single family homes in far away suburbs.

The days of building monster homes on farmland in far flung communities with little or no services need to be behind us.  Help us stop the development industry’s spin and share this blog today.