Farm in Midhurst. Photo courtesy of the Midhurst Ratepayers' Association

The OMB is too expensive, time consuming and adversarial 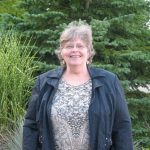 You’d be hard pressed to find an area more adversely affected by the Ontario Municipal Board’s (OMB) decisions than Simcoe County, already notorious as the “wild west of development”.  This is the county that approved more greenfield for development than any other municipality in the Greater Golden Horseshoe, while its growth amounts to a mere fraction of its peers’.  Adding fuel to the fire, OMB rulings in the County have caused an excessive loss of high quality farmland and natural heritage with decisions favouring developers.

Supporters of the OMB enthuse that it is an independent body where the common folk can engage in planning disputes as equals.  Actually, it’s not.  In 2013, the Midhurst Ratepayers Association fell afoul of the OMB when the latter turned a “study area” for future growth needs into a “settlement area”.  That new “settlement area” contains not only a large provincial park, but also large forest tracts and locally significant wetlands.  Thanks to the OMB, the area is now open for development, even though the Springwater Council of the day who created the “study area” never wanted any of it.  This “study” was music to the ears of the developers of the Midhurst Secondary Plan (MSP).

Although too poor to hire a lawyer, we attended the OMB anyway, assuming that the OMB would be a friendly place where residents could engage – as the government told us.  How naïve!

On the first day, we endured many hours of the developers’ lawyer complaining we were “too late to the party” with “no place in this hearing”, strongly supported by municipal and county lawyers.  When our turn came, our vice president tried hard to outline our evidence and position. The OMB Chair was curt and seemed annoyed by our very presence.  Our experienced OMB mediator was not allowed to speak.  And our many affidavits from previous councillors and planners supporting our case were refused admission as evidence. Even though we packed the room with concerned residents from all over the County, we were made to feel irrelevant. The OMB Chair dismissed us as potential participants.  Yet, what can possibly be more relevant than an association representing the very people most affected by planning decicions?

Since 2013, we’ve been back at the OMB and found it’s still the developers’ domain.  With their deep pockets, banks of lawyers and endless perseverance, they clearly have the upper hand.  In fact, we’ve seen strong local councils swallow their principles to avoid tangling with developers at lengthy and costly OMB hearings.  Personally, we’ve been glared at, intimidated and strongly discouraged from presenting evidence.  We’ve incurred staggering bills just be at the OMB table, but never on an equal footing as developers who can spend millions.

In our view, the OMB has deprived the residents of Simcoe County and Midhurst of much that they value.  And from us OMB-weary veterans, it has stolen faith in a planning system proclaimed to be not only fair but for the greater good.  By displaying time after time that money talks, the OMB has alienated too many of us and left us cynical about government processes in general.