The future of the Greater Golden Horseshoe’s economy and natural environment are at stake as the province looks to make changes to both the Greenbelt and Growth Plans. The public consultations on these Plans close on October 31. Together, the Plans are the province’s roadmap to slowing and stopping sprawl, protecting Ontario’s remaining prime farmland and natural areas while building smarter greener urban communities. It’s time get it right, and the government has some serious work ahead to fix the gaps in the proposed Plans. 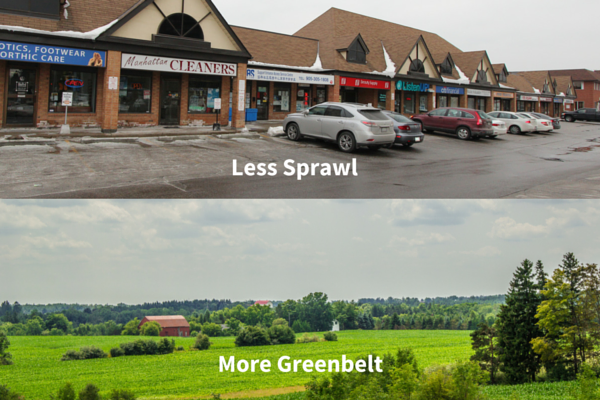 After more than a year of consulting with an expert panel and the public, the Ontario government made hundreds of proposed changes to the Greenbelt and Growth Plans. Some of these are small, while others are very significant.  It’s a lot to wade through, and while some good work to address climate change and agricultural needs are now included in the Plans,  there’s a lot more work to do to curb low-density sprawl, protect the Greenbelt’s current boundaries and halt urban expansion onto at-risk prime farmland and sensitive natural areas.  Moreover, right now many in the development industry are putting enormous pressure on the province to weaken the Growth Plan and remove land from the Greenbelt’s protection. The industry is also aiming to roll back Growth Plan targets to allow more low-density sprawl development to pave over even more prime farmland at an unnecessary and alarming rate. Without major fixes, the development industry could just get its way.

To help the government resist the pressure from developers, we’ve come up with an action checklist featuring 13 critical recommendations for how to improve the province’s amendments to the Greenbelt and Growth Plans. By following these recommendations, the province can fix the weak links in the Plans that threaten the integrity of the Greenbelt and hamper Ontario’s efforts to curb urban sprawl. 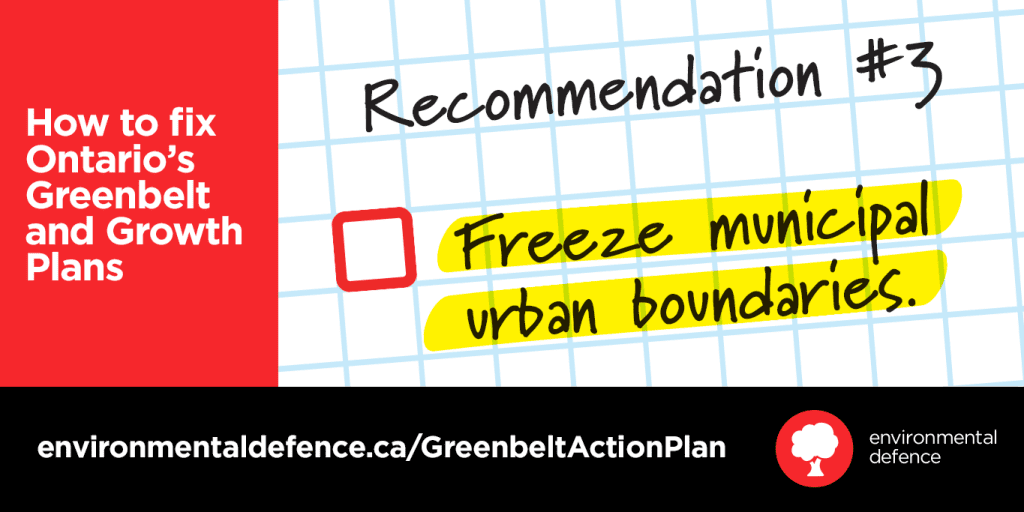 Here are some of the key areas that need fixing:

With the development industry and their lobbyists are working hard to pressure the provincial government to weaken both Plans, we need your help to push back and ensure the government doesn’t cave to the pressure.

Please sign our petition here to make your voice heard!