Earlier this week, the G20 summit wrapped up in China without further progress on getting rid of the “world’s dumbest policy.” That’s how Bloomberg News characterized fossil fuel subsidies, where government revenue is directly given to oil, gas and coal companies or used to create incentives for more production or more consumption. It’s a testament to the power of fossil fuel companies that just about every country, including Canada, continues to do this. It’s one more reason why we need federal climate action now. 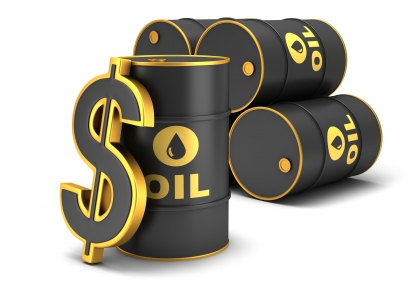 The language that Bloomberg used to describe fossil fuel subsidies is stark, but for good reason. Think about it. The vast majority—80 per cent or more—of fossil fuel reserves have to remain in the ground if we are to avoid the most dangerous impacts of climate change. And despite the fact that most of the coal, oil, and natural gas we’ve already discovered is literally unburnable if we want to maintain a safe planet, Canada and other G20 countries are giving billions to companies to go explore for more.

Here’s how absurd the situation is: Canada is running deficits, underspending on Indigenous health and education while our country’s emissions are on an upward trend; yet at the same time the federal government is giving over $1 billion every year to the world’s biggest carbon polluters. That’s in addition to the provinces also giving billions to oil, gas, and coal companies.

The good news is that the previous and current federal governments have acknowledged that subsidies should be eliminated. In 2009, all G20 countries including Canada committed to phase out fossil fuel subsidies. The new government also made a commitment to phase them out in its platform during the last federal election.

Shouldn’t that mean an end for fossil fuel subsidies is in sight? Unfortunately not – these subsidies may be in place for another decade. G7 leaders, at their meeting in Japan in May, agreed to eliminate fossil fuel subsidies by 2025, essentially kicking the can down the road. It is unacceptable that a promise made seven years ago would have to wait another nine years to be realized. A 2020 deadline makes a lot more sense.

Powerful allies are on board with the 2020 goal. Last week, three of the world’s biggest insurers called for full fossil fuel subsidy phase-out on that timeline. Institutional investors managing $13 trillion in investments also urged the G20 to phase out fossil fuel subsidies as one of many climate measures.  The call was echoed by more than 20 civil society groups here in Canada that urged Prime Minister Trudeau to commit to the 2020 deadline in an open letter.

When large insurance companies, major global investors, and environmental groups are all calling for the same thing, the Prime Minister and his Finance Minister should listen. The alternative is continuing with a policy that undermines a number of the government’s other goals, and that observers will continue to call…um…dumb.

Take a moment and tell the federal government to make Canada a global climate leader and phase out fossil fuel subsidies.