Plastic Chemicals in our Bodies Linked to Obesity

Recent research on phthalates, widely used substances in plastics and personal care products, adds to the evidence that exposure to toxic chemicals are partly to blame for the obesity epidemic. 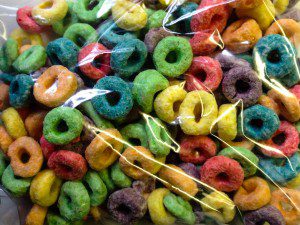 Obesity rates in Canada are at record levels, with one in four Canadians being obese. And childhood obesity is on the rise. Many blame the consumption and widespread marketing of fast food and our increasingly sedentary lifestyles, but it is time that we shift the conversation to include another important factor: environmental exposure to chemicals such as phthalates.

According to a study from the University of Leipzig in Germany, phthalates found in your scented body soap or in plastic food packaging can facilitate unhealthy weight gain by promoting fat cells production in our bodies. Researchers studied the effects of exposing mice to human-equivalent daily levels of DEHP (di-2-ethylhexyl-phthalate), a common phthalate substance added to nail polish, fragrances and shampoos. They found that regardless of diet, mice that were exposed to phthalates were more likely to become obese, particularly female ones. These findings are consistent with epidemiological evidence (research at the human population level). A study of New York City children found a positive association between bodily concentrations of phthalates and being overweight.

DEHP and other phthalates such as diethyl phthalate (DEP) and dibutyl phthalate (DBP) are widely used as plasticizers to increase flexibility in plastics. They are also used in laminate flooring and as a key ingredient in fragrance in cosmetics and personal care products to help the scent last longer. Phthalates are known to be linked to other health effects including diabetes, hormone system disruption (by mimicking our hormones) and developmental and reproductive problems.

The presence of phthalates is so commonplace in consumer and household products that it makes it hard to escape them: our bodies absorb them through the skin, or by breathing fragrance or dust containing phthalates. We are also exposed through food sources as phthalates leaches out of plastic food packaging and containers. A recent American study found that individuals who reported eating more fast food experienced higher exposures to phthalates – possibly due to the presence of phthalates in fast food packaging. And Belgian research suggests that fresh milk may get contaminated with phthalates from plastic-based packaging (e.g. plastic bags).

We Need to Act on Phthalates

According to Statistics Canada, 25 per cent of Canadians are obese and prone to develop serious health outcomes as a result like diabetes. Obesity costs Canadians $2 to $6 billion every year.

While helping Canadians to maintain a healthy diet and increasing physical activity are crucial, curbing exposures to hormone disrupting chemicals, like phthalates, should be an important part of proposed policy solutions to address the rise of obesity, diabetes, and heart disease.

In 2011, the federal government took a good first step in reducing Canadian children’s exposure to certain phthalates by restricting certain types of phthalates in toys. But that partial ban falls short in protecting children from these harmful chemicals. One in ten Canadian children are clinically obese, and according to the conclusion of a panel of experts in Brussels earlier this week, hormone disrupting chemicals like phthalates are partly to blame for the rise of childhood obesity problem.

Phthalates are currently undergoing a risk assessment in Canada. We urge the federal government take a precautionary approach in assessing and managing the risk of phthalates.

What can Canadians do to protect themselves?