With a climate action plan coming out this spring and the final touches being put on the cap-and-trade program, 2016 is shaping up to be a watershed year for climate action in Ontario. 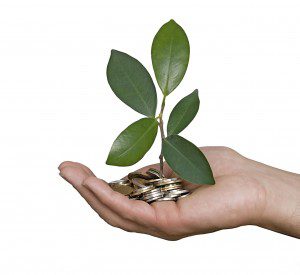 At the end of 2015, we took stock of the progress made by Ontario in addressing climate change. The province launched a climate change discussion paper and consultation process. It announced it would establish a cap-and-trade program and set ambitious targets to reduce carbon pollution. It hosted the Climate Summit of the Americas, released a climate change strategy, and supported the Paris Climate Agreement.

In 2015, Ontario committed to tackling climate change. In 2016, its plan for doing so is beginning to come into focus. And the picture that’s materializing is of a clean economy in which cutting carbon pollution means cleaner air, better health, more liveable cities, and new jobs and business opportunities.

Now GIF dollars are starting to roll out, and communities across Ontario are seeing the benefits. Over 250 locations—in cities, along highways, and at workplaces, shopping centres and condos—will see EV fast-charging stations built by 2017. Applications for charging stations outpaced the money available by more than 8 times, while Toronto saw long line-ups to order the new Tesla Model 3. Ontarians clearly have an appetite for more emissions-free cars and those charging stations will be needed.

Social housing agencies from Kenora to Belleville to Sarnia are using GIF money for energy retrofits, cutting the energy bills of low-income Ontarians while making their homes more energy efficient and comfortable. And the GIF is empowering First Nations to take climate action by powering communities with renewable energy instead of costly and emissions-intensive diesel fuel.

Meanwhile, Ontario’s February budget locked in climate action, enshrining the province’s emissions reduction targets and cap-and-trade program in legislation. Bill 172, the Climate Change Mitigation and Low-Carbon Economy Act, winding its way through the Ontario Legislature, will require cap-and-trade revenues to be reinvested in projects and policies to further reduce polluting emissions. The Ministry of the Environment and Climate Change is also putting the final touches on cap-and-trade regulations to ensure the program gets up and running by 2017, ready for linking with Ontario’s partners in California and Quebec.

And just as Ontario moved to place a declining legal limit on carbon pollution, the Independent Electricity System Operator announced that renewable energy, such as wind and solar, is cost-competitive with traditional forms of power generation. Not only did Ontario’s investment in renewable energy give us cleaner air and fewer smog days, it also made Ontario a leader in the growing green energy sector.

The climate action picture is coming together in Ontario, but it’s far from complete. Later this spring, Ontario is releasing a climate action plan. The one-time GIF is a positive first step and a price on carbon pollution through cap-and-trade is necessary, but Ontario cannot meet its carbon reduction targets without an action plan to cut pollution across all economic sectors and build a thriving clean economy.

A leaked draft of the action plan suggests Ontario is establishing a “new ultra-low-carbon utility” to reduce emissions from electricity and buildings, aiming to get 1.7 million low-emissions vehicles on the road within 8 years, and making the provincial government carbon-neutral by next year.

What we’ve seen looks good, but it’s still short on details. To be effective, the action plan will need to contain some other policies intended to reduce emissions here in Ontario. For example, a low-carbon fuel standard should be established to drive down emissions from personal vehicles. The Ontario Building Code will need to be strengthened to prioritize efficiency, conservation, renewables and to ensure houses and condos are EV-ready. A comprehensive, multi-year retrofit program should help empower homeowners and building operators to improve energy performance. And the province should develop a plan to get a greater proportion of electricity from renewable generation.

Ontario is turning words into action when it comes to climate change. The first four months of 2016 demonstrated steady progress toward a robust plan to cut carbon pollution and build a clean economy. But now’s not the time to ease up. Ontario needs an action plan that ensures tackling climate change brings us social, health and economic benefits.