We’re surrounded by plastic. The stickers on apples have a plastic coating, the lining in our canned goods are plastic. BPA which is a plastic toxin apparently leads to cancer, there’s a garbage ‘patch’ that’s roughly the size of Texas in our very own Pacific Ocean. Plastic is indeed useful, but when it gets stuck through pipes, drains and the stomachs of unfortunate animals that happened to eat up our debris, then it’s a dilemma.

85% of all the plastic that’s being used never actually gets recycled which is outrageous. We should be able to have annually and possibly even monthly cleanups, not just sweeping our floors in out comfy rooms- our parks, beaches, schools- everywhere.

Over the last ten years we have produced more plastic than during the whole of the last century. 489, 968 plastic bags, 485, 204 grocery bags, 376, 479 plastic cups and plates, 811, 871 plastic bottle caps and 988, 965 plastic bottles were found during the 2015 International Coastal Clean-Up according to Ocean Conservancy and 1,522, 020 plastic pieces were found. Can you imagine all the plastic that wasn’t found and was already consumed into the stomachs of those poor animals. The plastic pieces cannot be ingested which leads to the animals starving with full stomachs, choking, or suffering internal injuries. 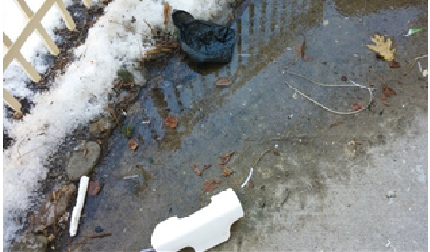 I think that the biggest problem is that we have too much choice. We have so many more options than the previous generations. We can now recycle and reduce or reuse and create even more methods, we’ve been able to learn about PET (Polyethylene Terephthalate) which is found in most plastic bottles, PS (Polystyrene) is in plastic cutlery and foam packaging, the chemicals may leach into food products. HDPE (High-Density Polyethylene) is found in toys and grocery bags, PVC (Polyvinyl Chloride) is found in food wraps, pet toys and produce toxins through disposal. LDPE (Low-Density Polyethylene) is less toxic than PVC plastic but still harmful, LDPE can be found in squeezable bottles. PP (Polypropylene) is considered one of the safest of all plastics and is found in bottle tops, margarine and yogurt containers. Other types of plastic such as LEXAN, Polycarbonate and Bisphenol A are usually in layered or with mixed plastics and should not be used unless necessary.

Instead of plastic milk bags, why not go back to using glass bottles and jars? Glass can be washed, reused and most recycling centres accept glass. Why not choose items that aren’t as heavily packaged as others (avoid excess packaging)?

According to a news article from The Washington Post, the article suggests that there would be more plastic than the fish in the ocean by 2050. About one-third of plastics produced (worldwide) that has escaped and/or ended up into the sea or in an animal- which amounts to 8 million tonnes a year. About 6 per cent of global oil consumption is counted for plastic production and 1 per cent of the global carbon budget.

Burying/dumping our plastic in/on the Earth doesn’t mean that our problem is solved since it takes around 450 years (for plastic bottles) to break down as marine debris and 10 years for a plastic bag, but it’s still there which makes it just as dangerous for animals. Instead of simply throwing away our plastic debris, why not get producers to produce 100 per cent completely biodegradable plastic bags or products?  We could get the producers to cover the costs of keeping their products out of the sea.

We need plastic to make certain appliances, but it’s harmful and contaminates waters. Plastic injures animals and releases toxins into the ocean. We need to think of more solutions than the ones we’ve mentioned.

Thinking of more solutions are hard and it’s not like governments don’t care- but, they need to think of the expenses they’ll need to pay for research and shipments of parts that’ll help develop technology that’ll help clean up oceans. Which is why we can only bring awareness to the subject and follow simple tasks that’ll at least prevent more pollution from reaching the ocean.

We can prevent plastic pollution by:

In conclusion, we need to work together to stop plastic pollution. Even if these solutions might not seem to do anything big. It shows that we care about our ecosystem and that we are done ruining and that we’re ready to help change the world. These solutions do help- we need to get others inspired since the more people that learn, the closer we are to possibly stopping not simply just pollution, but global warming, poverty and every other issue in the world.