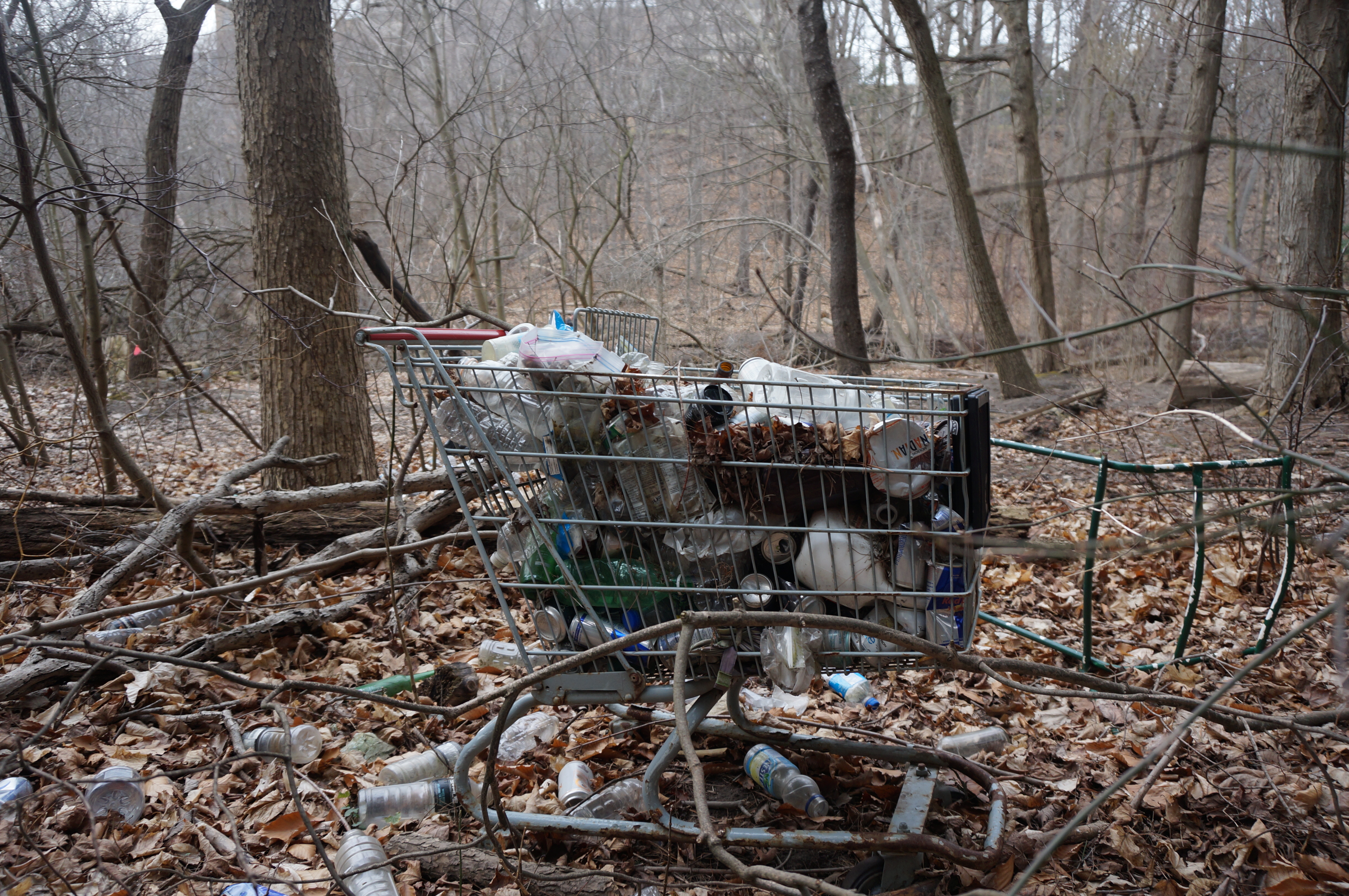 The problem with consumerism, represented by the trash-filled shopping cart, is that it encourages a culture of excess where we buy too much, and irresponsibly dispose of too much. For example, instead of filling a reusable water bottle, we buy a plastic one, and instead of recycling the water bottle, we litter. This is a problem, because consumerism also encourages mass-production with cheap plastics, which stay in ecosystems for thousands of years. 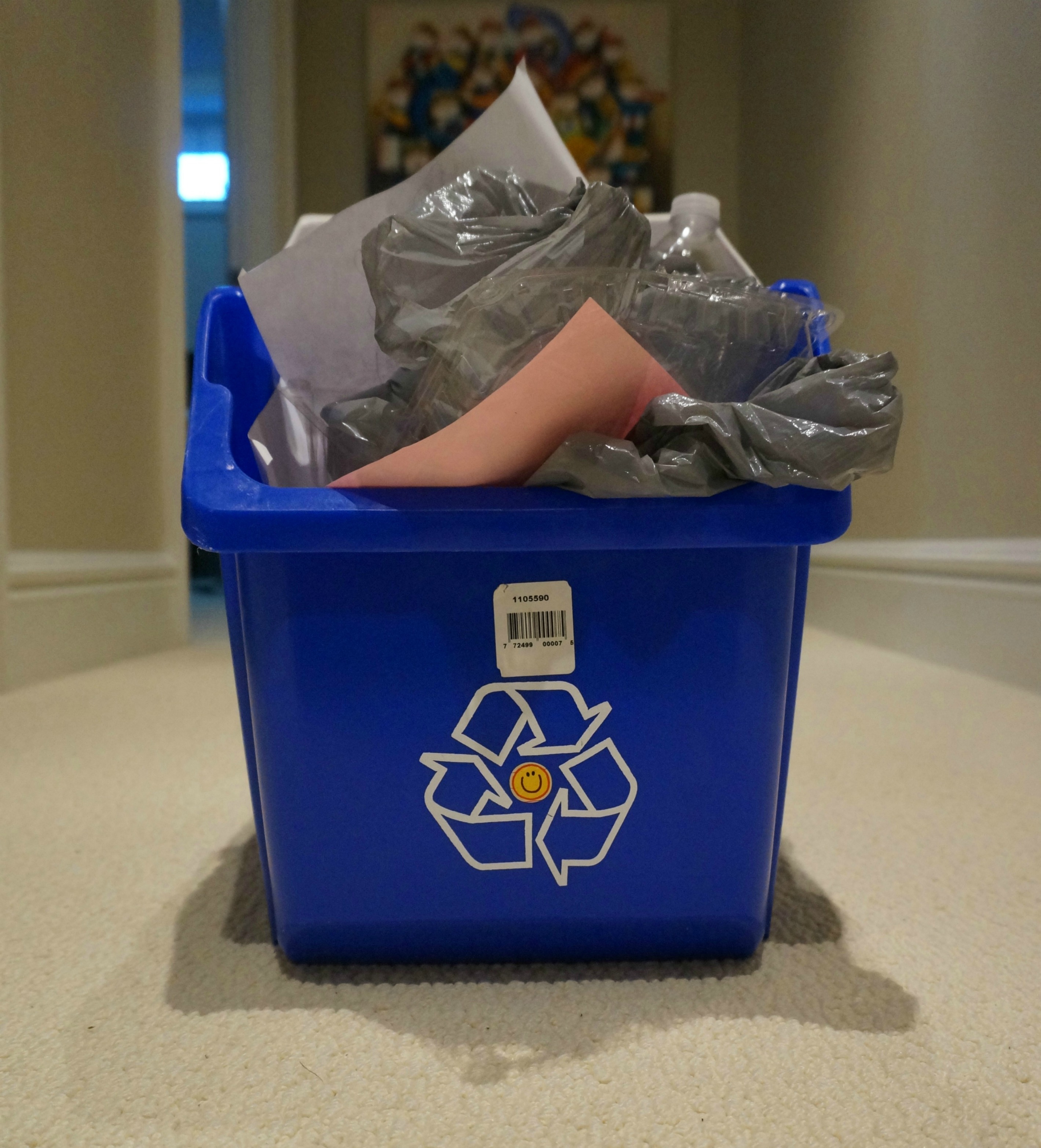 The best solution to consumerism, represented by the smiley face on the recycling bin, is happiness. Since governments adopted Gross Domestic Product (which measures money) as a success metric, consumerism has spiked. Switching to a success metric like Gross National Happiness (which measures all aspects of life) causes governments to ensure the happiness of citizens. Happy citizens are less consumeristic, and they take more care of their waste, which minimizes littering and plastic pollution.